Because I'm shameless (or just bursting with maternal pride)
I have to share my daughters' cover story in the Kern County Family Magazine. 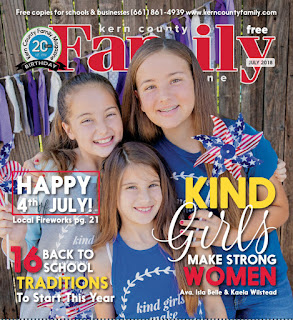 Just over a year ago, my older two girls wanted to know why an anti-bully campaign focused on "how to respond to a bully" instead of being preventing the bully.
It wasn't a day later when a riot broke out on the other side of the country, prompting my daughters to found Kind Girls Make Strong Women. 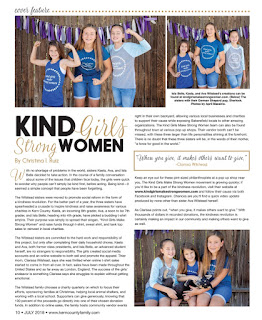 Once a quarter these little ladies host a donation drive in our backyard (or sometimes online) for a non profit organization. They've provided Christmas for sixty five local families and fed hundreds again and again. They've helped raise awareness and donations for animal rescues and recently, helped raise funds to reunify separated children to their parents. 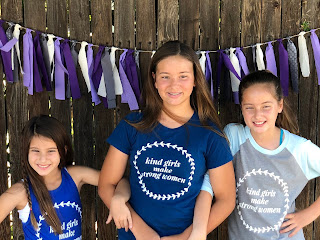 The three of them work together, each with their strengths (one is creative, one is logical and one can outwork an ox). They've counted every penny and worked every moment behind the scenes; this is very much their company.
They've sold t-shirts as far away as London, England (the money is transferred to the current non profit they're helping). The girls are getting ready to add Kind Boys Make Strong Men, asking for male counterparts to join in their Kind Revolution. 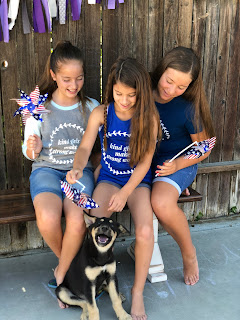 A few weeks ago, I was stopped by an elderly man. After asking if I was the mom of the Kind Girls, he shook my hand and said, "It's going to take a kid to change the world."

Yes, yes it will. 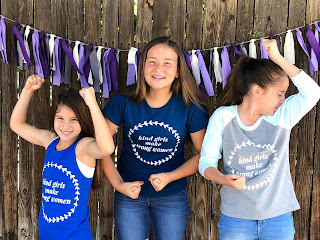