C is for Clarissa, D is for Death

Technically, I should contribute two separate posts. One for each letter. But these two posts were intertwined. Inseparable. 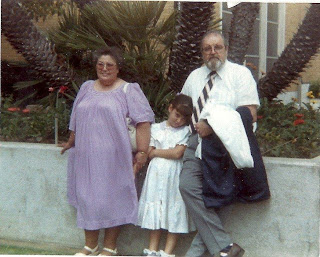 I was named Clarissa just over 32 years ago. It was a family name and I loved the originality. But I had a secret. There wasn't a member of my family that called me Clarissa. I was Christopher Columbus, Chris, Krissy Bell... and finally my two favorite, Clariss and Lariss. Uncle Ray and Aunt Sally called me both. In the world, I was plain, forgettable.
Except to them.
Uncle Ray taught me Chess. He gave me my first taste of ancient literature - Homer's Odyssey. There wasn't a question unanswered, an opinion too small. He was my champion.

Death stole him exactly a year ago. 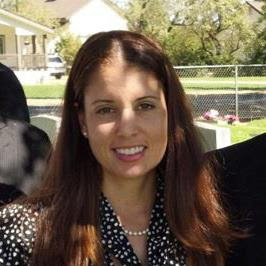 My parents and I visited him in the final hours, and true to form he never let me forget my worth. I've glanced at these photos from his funeral and try to remember his life as opposed to his death. But Death is funny that way. The funeral doesn't stop the memories, nor does it lessen the pain. Although the balm of time slowly heals the wounds, it doesn't change the desire for one more conversation, one more joke. 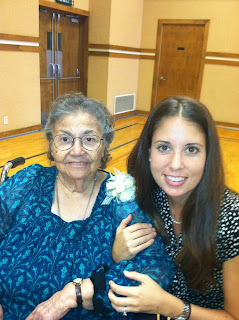 I couldn't write about being Clarissa, without writing about Uncle Ray. A house couldn't stand without its walls. And therein lies the problem. Death convinces us of her finality. The memories and love endure to both tempt and comfort those left behind. But then I remember, I'm Clarissa, the niece of a great man. Death may have ripped him from my grasp, but she's no match for his legacy. Or my memories.
Posted by Clarissa Kae at 7:47 PM

Beautiful post and tribute to your uncle. What a wonderful man he must have been.

This line struck me: "Death may have ripped him from my grasp, but she's no match for his legacy." I thought, 'his legacy lives on.'

Thank you, Clarissa, for sharing him and your memories with us. xoA

The legacy of love and support to all of our family members is essential. The love and appreciation of the niece for her mentoring elders is touching.

This was a beautiful post. You did a great job capturing a bit of your uncle's amazing spirit and sharing it with us, and he sounded like a wonderful man.

Such an amazing post. I lost my mom three years ago and it is hard sometimes. i understand losing someone that means so much to you.

I knew he was a cool guy the minute you mentioned Homer's Odyssey. Very sorry for your loss but very glad you had someone like that in your life. :-)

"Although the balm of time slowly heals the wounds, it doesn't change the desire for one more conversation, one more joke."

I really agree with what you said. If only, we could have one more... with the ones who have gone before us.

Your uncle sounds like a very special person. I'm glad you had a chance to get to know him, and for the legacy he left with you.

I missed your blog the first two weeks of this challenge and I'm sad I did. You are a wonderful writer.

It's always sad to hear of loss, but I'm glad he had such a strong impact on your life.