B is for Boy

Babies, kittens and puppies typically top the Lovable List. But nothing can produce more tears and tissues than watching a boy grow to a man - except, watching that same boy love his mother. 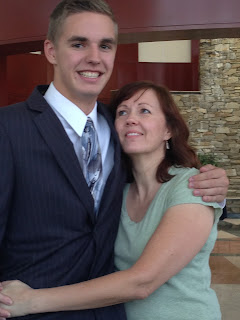 Nine years ago a blonde-haired, blue-eyed scrawny kid asked why I didn't work. Why I was just a mom at home, clearly it wasn't something I would chose. Why would anyone want that? 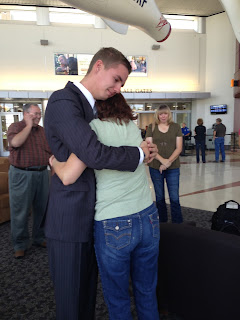 That same child became our steady babysitter, opting out of friend filled nights to stay with my three little girls. Those three sets of pigtails adore him. But none as much as my four year old. She's particular about who is in her inner circle. There is no bribe, no incentive that will allow someone in. She simply decides if you're worthy. And her boy, Taylor Olson, has always been. 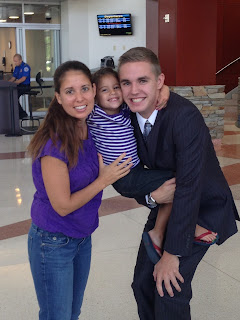 That boy volunteered to serve a cause bigger than himself for two years. We watched him hug his family and friends, wishing them well and godspeed. But it wasn't until he embraced his mother, the woman who guided his tender heart, that the world stilled. The impossible chain from a mother to a son is something exquisite to behold. It inspired a re-dedication to my role as mother. All for the hope that one day my child's face will be washed in the same adoration as Tayor's did today. 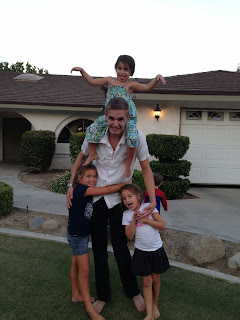 As we watched the plane fade into the sky, my youngest whispered, "He's never coming back." In a way, she's right. The boy who straddled the threshold of manhood will never return. But the man seasoned by two years of tedious work will return to my four year old. But more importantly, he'll return to his mother's arms. A day worth waiting for.
Posted by Clarissa Kae at 7:11 PM

As a mom and as a writer, I am inspired by your words. I can feel the love. Thanks, Clarissa. xoA

He seems like a wonderful boy with a great future as a caring father. Babysitting or working with children is humbling and fulfilling work for any child, but especially important for boys wanting to become "real men." A real man loves and cares for the needs and nurturing of children. Thank you for sharing.

He sounds like a great guy...really touching post. I'm sure he (and his mother) would be thrilled you (and your girls) think so highly of him.

Thank you for sharing about someone so close to your family. And the tender scene between mother and child.

This is the reason I want kids. I may not be able to be a mother, but I hopthe feelings pass on to fathers as well.