The image of fatherhood 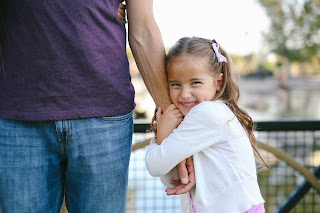 Once, a few years ago, I confessed to a boy my laundry list of ambitions. Expecting similarly outlandish answers, I asked him what he always wanted to be - what one profession he had dreamed about since toddlerhood. He smiled and said, I always wanted to be a Father. There wasn't a touch of sarcasm or irony in his voice. He was serious. I had just spent hours detailing how, why and more importantly when I would reach every goal in my life. And yet his simple answer demoted my aspirations to Trivial. 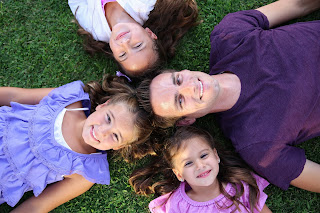 It took ten years before I fully realized the nobility in his pursuits. Because of his hectic profession, he's strapped to an electronic tether twenty four hours a day - every day. However, when he's home, he's Dad. 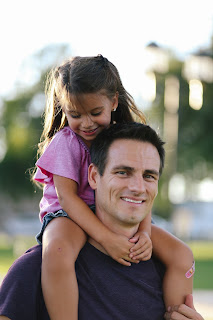 He paints nails, and even learned to tame disheveled hair into a messy braid. He not only reads book to his three daughters but creates a bedtime story nightly with a little help from an eight-year-old. 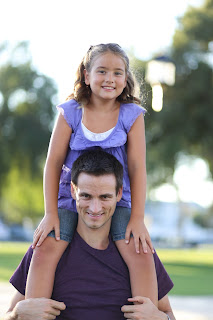 I have an annual girl's trip every August. We run a quick mountain race and shop for our children the rest of the day with the Dad's holding down the fort (in my case, an estrogen filled flat). For reasons commonly known as Life, all but one of us couldn't go - canceling the event. 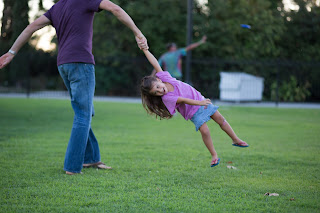 I offered to let Damon's business partner have the weekend off since I was staying in town. When my oldest found out, her shoulders shook as she sobbed to her father. But it's my weekend, I had it all planned out. She turned to me, can't you go work on your book or something? 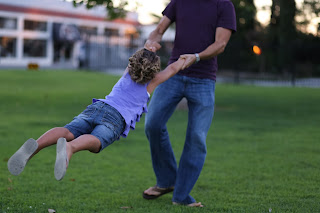 Damon laughed - some rules aren't applied when Mom's missing. And clearly, I needed to get lost. Damon and I shipped the girls off to school with a promise that all would be well when they returned. Damon, true to his paternal core, stole all three girls to the mountains for a weekend of camping. 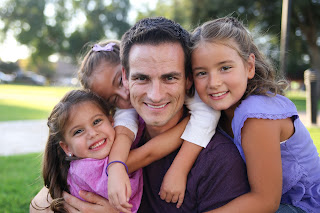 My oldest daughter grinned with goofy excitement - she sped into overdrive, packing her clothes (as well as her sisters) in mere seconds. They will have a dirt filled good time.

And yes, I'm working on my book after all.